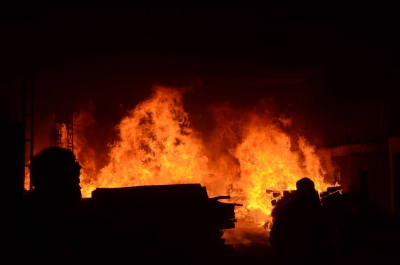 Moscow, Nov 5 (IANS) Thirteen people were killed and four others injured due to a fire in a cafe in Russia’s western city of Kostroma on Saturday, local media reported.

A total of 250 people were evacuated due to the fire, which has been put out and was likely caused by fireworks a visitor set off in the cafe, Xinhua news agency quoted state-run TASS news as saying citing local emergency services.

The fire reached an area of 3,500 square meters, and the roof of the cafe also caved as a result.

Kostroma is located about 350 km northeast of Moscow.

Biden, Trump not on ballot, but their long shadows loom over candidates