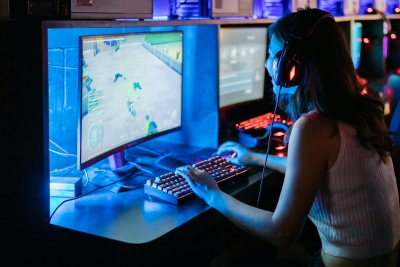 New Delhi, Nov 24 (IANS) As gaming gets mainstream, 56 per cent of women gamers now consider gaming as a full-time or part-time career option, said a study on Thursday.

Women gamers are eyeing a career in gaming, turning their hobby into a profession (50 per cent) and providing good earnings prospects (45 per cent).

While becoming a gamer remains the most preferred, other options like becoming an influencer or a gaming software developer also interest them, according to the second edition of ‘HP India Gaming Landscape Study 2022’.

Gaming is also considered as a source of entertainment and relaxation (92 per cent), improving mental agility (58 per cent), and socialising (52 per cent).

PCs remained the most preferred device for gaming as 68 per cent of gamers voted for PCs, as it offers better processors, design, and graphics with immersive displays, the study said.

“The PC gaming landscape in India offers a tremendous opportunity for the youth and we, at HP, are committed to support gamers in their journey by providing knowledge, tools, and opportunities to upskill and help them become better at their game through OMEN community initiatives,” said Vickram Bedi, Senior Director, Personal Systems, HP India market.

The benefits of PC gaming are also persuading mobile gamers to switch as 39 per cent of mobile gamers are looking to migrate to a PC for gaming.

According to the study, only 2 per cent of respondents have received formal training in gaming. While most gamers rely on personal skill enhancement to upgrade their gaming performance, 32 per cent follow a gaming star to enhance their skills.

“The strong preference for PC gaming represents a massive business opportunity for us. We remain focused to engineer the best experiences based on user insights to enable a holistic and advanced gaming ecosystem in India,” said Bedi.

India to have its own Supercross Racing League

FIR Against Kangana Ranaut For Calling Farmers’ Protest A…

Big B is an ardent dog lover, says son Abhishek is fond of…

Big B proud of son’s success